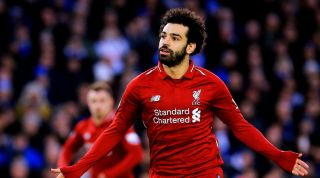 So very close! Liverpool's failure to beat Everton in their first game back means the title will remain just out of reach should they defeat Roy Hodgson's Crystal Palace this evening. Still, a win will not only move them to within a single point of success - and banish memories of the Crystanbul nightmare in 2013 - but also set Liverpool up to potentially win the title at Manchester City next weekend.

It would be the ultimate setting for success for Jurgen Klopp's side, who were agonisingly denied the title last season after a single defeat to Manchester City all season - the Reds eventually lost out to Pep Guardiola's team by just two points. As the old saying goes, success is a dish best served in your opponent's back yard.

Palace meanwhile, are one of the few teams with little to play for by this stage. Not that their fans are complaining! Under the brilliant management of Roy Hodgson, there is none of the usual late relegation jitters from seasons past. Instead, Palace will most likely saunter their way to a very respectable mid-table finish. There remains an very unlikely shot at sneaking into the Europa League spots, of course, but many fans would sooner consolidate what they have achieved so far rather than risk it all on a pipe dream.

Kick-off is at 8.15pm BST and the game is being shown on Sky Sports in the UK. See below for watching details where you are.