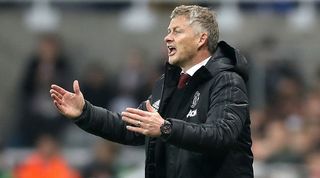 Ole Gunnar Solskjaer’s side have started the 2019/20 campaign in dreadful form and currently sit just two points above the relegation zone.

It has been United’s worst start to a season in 30 years, and the Mail Online has reported that the club hierarchy plan to act quickly to make the Red Devils competitive once more.

It is understood that Old Trafford bosses plan to bring in six players who are ready to immediately step into their starting line-up in January and next summer.

That is likely to be divided between two strikers, two central midfielders, a left-back and a centre-back.

United spent big over the summer, splashing out around £150 million on Harry Maguire, Aaron Wan-Bissaka and Daniel James.

United have scored just seven goals in their last 10 games and a pair of new strikers will be a priority, with the hope being that at least one can join in mid-season.

Juventus striker Mario Mandzukic has been heavily linked with the club after being frozen out by Turin boss Maurizio Sarri, while Lyon’s Dembele is also of interest.

The coaching staff in Manchester are said to be fans of Leicester’s Maddison to strengthen their midfield, and the club could also reignite their interest in Atletico Madrid midfielder Niguez.

At the back, Maguire and Victor Lindelof are considered the first-choice pairing but greater depth is needed to support them.

Left-back is a problem position as Luke Shaw struggles with injury problems, leaving veteran Ashley Young to fill in.