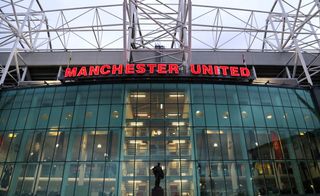 Manchester United have identified and banned a supporter over alleged racist abuse during Sunday’s Premier League game against Liverpool.

United said on Monday that the supporter was ejected from Old Trafford and described the abuse as “completely unacceptable”.

The club have moved swiftly to issue an indefinite ban to the individual involved.

“Racism and all forms of discrimination are completely unacceptable and do not reflect the values of our club,” a statement from United read.

“Following our investigation into the alleged incidence of racist abuse on Sunday, we have issued an indefinite ban to the individual involved.

“This individual is not welcome at Old Trafford and we want to reinforce that we will continue to take strong action against anyone who we identify has engaged in racist or discriminatory abuse, either online or at our matches.”

The incident at Old Trafford came on a weekend marred by a series of reports of racial abuse.

Two men were arrested following the FA Cup fourth qualifying round tie between Haringey and Yeovil on Saturday, a match which was abandoned after Haringey player Coby Rowe alleged he was racially abused and the teams left the field.

The tie will be now be replayed on October 29.

Haringey chairman Aki Achillea claimed goalkeeper Douglas Pajetat was spat upon and had a bottle thrown at him.

Northampton are also investigating claims of discriminatory chanting by Salford during their Sky Bet League Two match on Saturday.