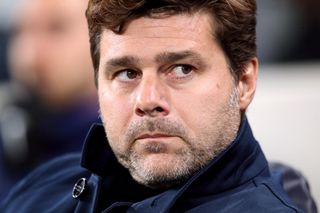 Pochettino and his coaching staff were invited out for a meal by the Spurs players as they look to put a difficult start to the season behind them.

He says the social event at the Novikov restaurant in Mayfair will not now mean all their problems are behind them ahead of a weekend visit to Liverpool, but that the effects will be felt in the long term.

“It was very good, very nice, it was very kind of the players to invite the coaching staff and different people that help the team,” Pochettino said.

“It was so nice, we spent a few hours there but nice to be together and to see each other in different environment always helps achieve a positive dynamic.

“You cannot measure how much it will help, 20 per cent, 30 per cent. In the dynamic of the group, this team bonding, for different players or the new players, makes the group stronger.

“When we work on team bonding it is to generate something between us in the group to help us to perform and fight to help your team-mates because you know them better. These things are always a positive and never a negative.

“For them it was nice to talk in a different way and to see each other, how you dress when you go to the restaurant.

“That doesn’t mean we will go to Anfield and beat them 5-0 because we’re in the restaurant all together, but medium to long-term it will help a lot.”

The meal will have helped new signings Tanguy Ndombele, Giovani Lo Celso and Ryan Sessegnon integrate into the group.

Ndombele is still finding his feet following his club-record move from Lyon, Lo Celso is only just coming back from a hip injury while Ryan Sessegnon has yet to feature at all due to a hamstring problem.

Pochettino, who spent over £100million, to bring those three to the club in the summer, reckons it will be another two years before Spurs get to see them at their peak.

“We assess the players when they are consistent,” he said. “It’s difficult to assess when they play well or not so well, because you need to put everything in (context of) the competition, the opponents, the level of your team-mates, the form.

“Still for me, when you sign a player, despite the amount you pay, with the profile of Tanguy Ndombele or Giovani Lo Celso or Ryan Sessegnon you need minimum one year and a half, or two years.

“Look at what happened with Son (Heung-min) or (Moussa) Sissoko, they started to perform in year two, year three.

“That is why when you are so young … today the market is the market, you cannot judge the player because you paid some kind of amount.

“He (Ndombele) played two years in Lyon and moved to England where everything is new, but the quality is there. They need time to show their real quality.”

Spurs showed promising signs in their 5-0 win over Red Star Belgrade on Tuesday, but they now face a tough test at Anfield on Sunday.

It is the first meeting between the two sides since the Champions League final in June and Pochettino, who has openly spoken about his heartache after the loss, thinks it is a good thing if his players feel the same.

“It’s good thing for us if the players still feel disappointed with the final,” he said.

“In football you can play another final or another game but never same game or the same final.

“It’s important to realise to give everything every day. In football sometimes we don’t realise when the day is gone you cannot recover it.”