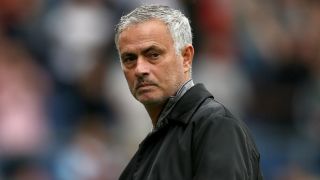 The Daily Mirror reported late on Friday that Mourinho will be replaced as manager regardless of United's result in their Premier League fixture against Newcastle United on Saturday.

Mourinho gave a short and terse news conference earlier in the day, after which Neville said the 55-year-old "looked fed up" following heavy criticism of his side's poor run of form, having won just three of their last nine games in all competitions.

Neville was enraged about the suggestion Mourinho will be forced to lead out his team at Old Trafford knowing his days in the job are numbered, accusing the United hierarchy of "playing Football Manager with the biggest club in the world".

"I think I'm furious," he said on Sky Sports after a lengthy pause. "I'm furious going back three, four years ago, when [David] Moyes was sacked and it broke the day before. Louis van Gaal was sacked the evening before a cup final [in 2016], finding out through other people.

"If this is true and Mourinho is going to walk out at Old Trafford [on Saturday] as a dead man walking, those fans will turn towards the board room like never before.

"Jose Mourinho will get the biggest support of his life tomorrow and I'll be there to give it to him. It's an absolute disgrace. Where are the values at Manchester United? This has been going on for five or six years.

"Jose Mourinho is one of the best managers in the world. I think any manager would struggle at Manchester United, with the way in which the recruitment is handled, the way in which it operates.

"Enough is enough for me. I love that football club. I absolutely love it to death. It's been my life, it's given me everything and I'm not turning on my football club, but I have to say, something has to change, and it isn't the manager. It's above that.

"I hope it's not true but, if it is true, it's an absolute disgrace. The dressing room is leading what's happening. The tail is wagging the dog.

"They're playing Football Manager with the biggest club in the world. Stop it."

4 - Jose Mourinho has gone four consecutive home games in all competitions without a win for the first time in his managerial career. Frustration. 2 October 2018