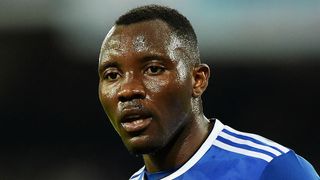 Kwadwo Asamoah can see "no distinction" between established Inter players and those recently added to the squad after training with his new team-mates for the first time.

The wing-back, who signed for Inter on a three-year deal from Juventus, joined fellow new arrivals Radja Nainggolan, Lautaro Martinez, Federico Dimarco and Stefan Vrij at San Siro, while Matteo Politano joined on loan from Sassuolo.

Asamoah said Luciano Spalletti's squad is gelling successfully as they aim to improve on Inter's fourth-place finish in Serie A last season.

"We got acquainted with our new team-mates and since then there has been no distinction between new arrivals and those who were already here last season," Asamoah told reporters.

"I've met the staff and the Inter employees. I'm confident we can do well.

"I spoke to the coach, the sporting director and my family. This is a big career opportunity for me, which is why I chose the Nerazzurri. Inter are heading in the right direction and I wanted to be part of this."

The Ghana international played a part in one of the most successful spells in the history of Juventus, helping the club to six Serie A titles, four Coppa Italia trophies and the Supercoppa Italiana three times across six seasons.

Despite his achievements in Turin, he said he was not concerned about playing against his former team-mates when Inter face Juve.

"I'm not thinking about that," he said. "I'm here to work hard and help my team. I’m not thinking about other players or other teams. You can't focus on just one team, you have to focus on all of them to have a good league campaign. I'm aware of the rivalry between these teams. I chose this club and I'm here to do my best for them."