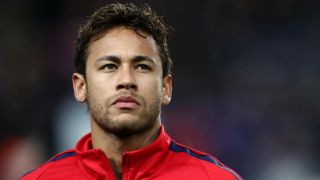 Neymar trained with his Paris Saint-Germain team-mates at the Parc des Princes on Thursday as the Brazil superstar nears his return.

The forward has been out of action since February after requiring surgery on a foot injury, which initially placed his World Cup participation in doubt.

Neymar is expected to be ready to play for Brazil against Croatia in a pre-tournament friendly at Anfield on June 3 and the 26-year-old has stepped up his recovery.

PSG posted a photo of Neymar training with his colleagues to social media, with the Ligue 1 Player of the Year having an outside shot to feature against Caen on Saturday in Unai Emery's last match in charge.

is back training on the Parc des Princes and all is well with the world again May 17, 2018