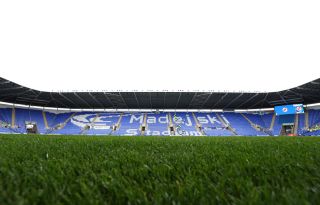 The 23-year-old, who is primarily a defensive midfielder but can also operate in other positions, is the Royals’ first signing of the January transfer window.

Manager Mark Bowen said: “Felipe looks like a really bright, young talent who can play in two or three different positions – right-back, on the right side of midfield and as a defensive central midfielder.

“He’s got those Brazilian qualities – the ball is his friend. I spoke with him when he arrived in the country and he is a clever kid with a good personality and his English is very good, which should mean he settles well in England and fits in amongst the first-team group.”

Araruna came through the youth ranks at Sao Paulo and broke into their first team in 2017. He picked up further Brazilian top-flight appearance during a loan spell with Fortaleza.