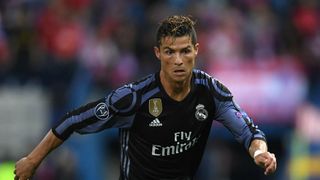 Having sat out Real Madrid's last four LaLiga away games, Cristiano Ronaldo will be in the squad when they take on Celta Vigo at Balaidos on Wednesday.

Head coach Zinedine Zidane has employed a rotation policy in recent weeks to keep his star players fit for key matches in the Champions League and the LaLiga title race.

Ronaldo was rested in away games against Leganes, Sporting Gijon and Granada around their European quarter-final and semi-final ties, while the 32-year-old also sat out the midweek trip to Deportivo La Coruna that preceded the Clasico against Barcelona.

However, Zidane says the Portuguese superstar will be available when Madrid look to take a three-point lead over Barca at the top of LaLiga with their game in hand in Galicia.

When asked if Ronaldo would be part of the squad or rested, Zidane told a pre-match news conference: "He will be with us."

Ronaldo, along with Isco and Lucas Vazquez, will be suspended for the final match of the domestic season at Malaga should he pick up a yellow card at Balaidos.

Despite the possibility of losing a key player for what will be a crunch match at La Rosaleda, Zidane is not concerned.

He said: "Whatever happens, if they have to play, they play. The cards as always, they'll do everything they can not to get a yellow.

"I don't know how long those players have had four yellows, so we'll keep going. This is football, you know?

"We're just keeping going until the last minute of the last game. We're not going to relax at all, I promise you that. Whatever happens, happens. We haven't won anything.

"We've just got two games left and that's it. I'm thinking positively about the game tomorrow.

"I'm not thinking about anything else, very positive, focusing 100 per cent on what's ahead of us. I'm just being positive."