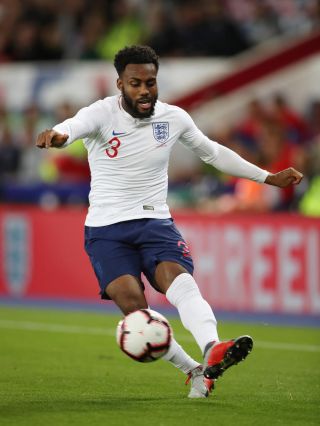 Danny Rose says he is shocked by the leniency of the punishment doled out to Montenegro after a number of their supporters racially abused England players last month.

Montenegro have been ordered by UEFA to play their European Championship qualifier against Kosovo behind closed doors.

Rose, Raheem Sterling and Callum Hudson-Odoi were particularly targeted by groups of home fans within the Gradski Stadion in Podgorica as the Three Lions won 5-1 on March 25.

Sterling celebrated his goal in the game in front of the Montenegrin fans, who were heard directing monkey chants to England’s black players.

UEFA announced on Friday that Montenegro had been order to play their June 7 qualifier at home to Kosovo in an empty stadium as a result.

Further charges, carrying fines amounting to 20,000 euros (£17,260), were handed down by the governing body for the setting off of fireworks, throwing objects on to the pitch, crowd disturbances and stairways being blocked.

Tottenham full-back Rose said he was “lost for words a little” but “not surprised” by the punishment.

“I don’t think it is a harsh enough punishment for someone to learn from in the future, just a one-game ban and 20,000 euros – it’s a bit shocking but there is not much I can do now,” Rose, who admitted he had been “mentally scarred” by his experience in the country, told Sky Sports.

“I just have to hope that I never have to play there again, it’s a shame that this where we are now and I just have to get on with it.

“I wouldn’t want to go back there, but obviously if I have to play there I will play. It’s not on my list of destinations to visit.

“That is not to say the whole country is like that, but I have only been there once and I’m mentally scarred a little bit and I am not in rush to go back there.”

Rose said earlier this month that he “can’t wait to see the back of football” because of the lack of decisive action to tackle racism in the game.

England manager Gareth Southgate was visibly upset about the treatment of his players after the game.

Anti-discrimination charity Kick It Out also criticised the punishment from UEFA.

It said on Twitter: “Ever since England’s black players received this shocking abuse we have called for the strongest punishment.

[1/2] FA Spokesperson: "The FA acknowledges UEFA's decision to sanction the Football Association of Montenegro. We hope that their next home match being played behind closed doors sends out a message that racism has no place in football or in wider society. pic.twitter.com/Y9xVTVR3Nk— FA Spokesperson (@FAspokesperson) April 26, 2019

“This decision falls way short of that.”

The Football Association added in a statement: “We hope that their next home match being played behind closed doors sends out a message that racism has no place in football or in wider society.

“We will continue to work with the relevant authorities in football to ensure that all players are able to enjoy the game in a discrimination-free environment.”