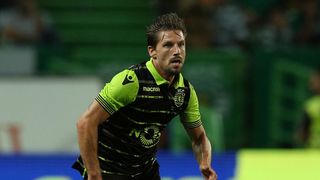 Sporting CP have informed the Portuguese Securities Market Commission (CMVM) of a deal worth up to €29.5million to sell Adrien Silva to Leicester City.

Silva agreed his switch to the King Power Stadium on September 1, but Leicester reportedly missed the deadline by 14 seconds.

FIFA are believed to have consequently rejected the Portugal international's registration, making it unclear as to whether he is eligible for the Premier League club, who are still hoping to find a resolution.

However, Sporting have communicated the details of the transaction to the CMVM.

Under the terms, the Portuguese side receive €20m up front, with €5m based on performance-related objectives and a further €4.5m relating to the contract extension the midfielder signed in February 2016.

Despite Sporting issuing the release, it remains unclear whether the Foxes will complete the deal if they are unable to register Silva until the next transfer window in January.

Silva started three Primeira Liga matches for Jorge Jesus' side this season, as well as helping them secure a place in the Champions League group stage with a play-off victory over Steaua Bucharest.

The Euro 2016 winner was expected to fill the space left by Danny Drinkwater's deadline-day departure to Premier League champions Chelsea.