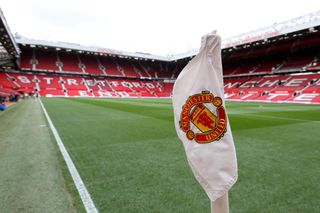 A Manchester United fan has said he and others will still travel to Austria, despite the club’s Europa League tie against LASK taking place behind closed doors.

The first leg of the last-16 tie on Thursday will take place behind closed doors on the advice of the Austrian Government because of the coronavirus outbreak.

It is one of a number of Champions and Europa League ties being played without spectators.

Samy Ali, 29, is a United season ticket holder who made plans to travel to the game when the draw was made on February 28. With the Foreign Office not advising against travel to Austria at present, he said his insurance did not cover his situation.

As a result, Ali still intends to travel to Austria with friends to watch the game in a bar near the stadium.

Ali confirmed that he knew of other fans who would also be travelling “as a holiday” despite being unable to enter the stadium.

“Some are annoyed because they are self-employed etc and have used time off to go,” he said. “I guess the annoying thing is that we cannot claim off travel insurance policies.

“If I could claim it back I wouldn’t go.”

ℹ️ Following guidance from the Austrian government, we have been informed by UEFA and LASK that our #UEL game on Thursday will be played behind closed doors.#MUFC— Manchester United (@ManUtd) March 10, 2020

United have announced they will refund fans who have bought tickets for the game.

“LASK will now cancel tickets that had been issued to Manchester United. We will automatically issue refunds on behalf of LASK to our fans who have purchased tickets,” said a club statement.

Asked what he thought the club should do to help affected fans, Ali asked that they “guarantee us a ticket for the next European away (game) that we are able to go to for definite, as it is done on a ballot system”.