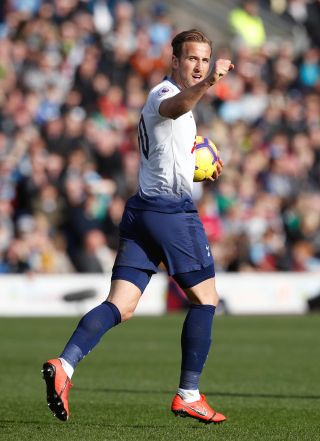 Harry Kane scored the winner from just past the halfway line as Tottenham beat Juventus in injury time in a pre-season friendly.

The Spurs striker did not even appear to look up as he chipped goalkeeper Wojciech Szczesny, formerly of Spurs’ north London rivals Arsenal, in the 93rd minute at the National Stadium in Singapore.

The 25-year-old England captain hit the ball first time after Lucas Moura had dispossessed the Italian side in the centre circle, lofting his shot high over a helpless Szczesny.

Kane’s strike pulled Spurs 3-2 up in the closing minutes to settle the International Champions Cup match, which had looked set to go to penalties.

Erik Lamela had given Spurs the lead in the first half with a poacher’s finish after Gianluigi Buffon had spilled 17-year-old Troy Parrott’s effort.

Goals from Gonzalo Higuain and Cristiano Ronaldo pulled the Turin side briefly ahead in the second half until Spurs’ record signing Tanguy Ndombele set up Lucas’ leveller.