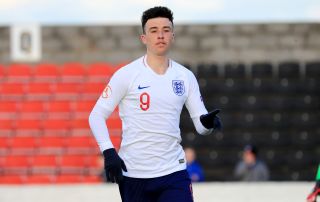 The 18-year-old forward, who has represented England at youth level, has signed a three-year contract at Elland Road.

Greenwood started his career at Sunderland before earning a move to the Emirates Stadium in 2018 after impressing while at the Black Cats’ academy.

He made the step up to the Gunners’ Under-23s side and played five times in the Premier League 2 last season but has chosen to join Marcelo Bielsa’s outfit.

Greenwood becomes the club’s eighth signing of the summer after the arrivals of Charlie Allen, Cody Drameh, Joe Gelhardt and Dani Van Den Heuvel, while winger Helder Costa and goalkeeper Illan Meslier turned their loan moves into permanent deals with Jack Harrison extending his temporary switch for another season.