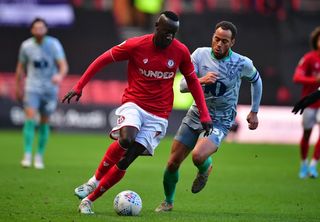 Bristol City have been knocking on the play-off doors for a couple of years now, with only a trend for poor late-season form letting them down. Last year, one win from the final six matches saw them miss out on 6th place, despite still being within touching distance going into the final day.

Poor form seemed to kick in earlier this season, with City heading into the hiatus without a win in five matches. Things have only got worse since the restart, with four defeats on the bounce – leading to the sacking of boss Lee Johnson.

Johnson – who totted up over 170 league appearances for Bristol City as a player – had been the longest-serving manager in the Championship, having spent more than four years in the dugout at Ashton Gate.

Now nine points and six places adrift of the play-offs, the Robins' season looks over.

The same cannot be said for Hull, who are one point and one place above the relegation zone.

Four points from four since the restart isn't the world's worst form, and they would hope to get a win over Bristol City, with high-flying Cardiff and Millwall still to play.

Kick-off is at 6pm BST and the game is being shown on iFollow. See below for watching details where you are.