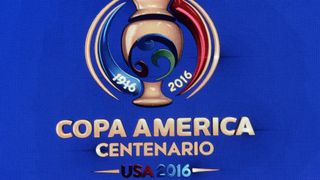 Copa America Centenario organisers have confirmed a new fourth substitute rule will be implemented at the tournament, which gets underway on Friday.

The International Football Association Board (IFAB) released the 2016/17 Laws of the Game this week, which features several new regulations.

One of those to be implemented at the Copa America in the United States is the option of using a fourth substitute if a game heads into extra time.

However, as of the 2015 edition of the Copa, only the final of the tournament heads into extra-time, with group stage, quarter-final and semi-final matches decided on penalties if the game is tied after 90 minutes.

The Copa America Centenario Local Organizing Committee confirmed just hours before the tournament was set to begin it had received written approval from FIFA to allow for a fourth substitution in the final.

The other new rule set to be introduced is a regulation regarding yellow card accumulation.

"If a player receives two yellow cards in two games during the group stages and quarter-final, they will be suspended for the following game (semi-final)," a statement read.

"However, once the quarter-finals are completed, card accumulations are reset for the semi-final and final."

The 2016 Copa, celebrating the 100th anniversary of the competition, begins on Friday with hosts United States facing Group A opponents Colombia in Santa Clara.