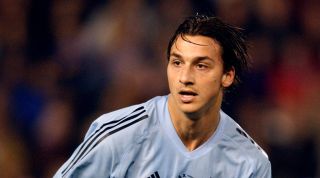 The early 1990s were a painful time for Fiorentina. Still smarting from the perceived skullduggery that handed the Serie A title to Juventus at their expense in 1982, fans of the Viola were left heartbroken when star man Roberto Baggio swapped Tuscany for Turin in 1990, joining the Old Lady for a world-record fee.

Still, the signing of Batistuta from Boca Juniors in 1991 eased much of that agony. The Argentine was unable to prevent Fiorentina’s demotion to Serie B, although he gave it a fine effort by scoring 16 goals in 32 Serie A games in 1992/93.

However, his decision to stay at the Artemio Franchi and fire the club back into the top flight at the first time of asking contributed to the hero status he still enjoys to this day. A return of 207 goals in 332 appearances across nine seasons also helped.

When Jose Mourinho was sacked for overseeing – and perhaps inducing – Chelsea’s implosion in the first half of last season, Willian was the only player on the Blues’ books who could hold his head up high.

As the defending champions hovered precariously above the relegation zone, the Brazil international may well have used his experience with Corinthians as motivation: Willian featured in 15 league matches in 2007, when the Sao Paulo-based outfit - arguably Brazil’s biggest club - went down on the final day.

That summer he signed a five-year contract at Shakhtar Donetsk for €14m.

In the summer of 1986, Napoli were still awaiting their maiden Scudetto. Twelve years later, they had two to their name – thanks largely to a man named Diego Maradona – but were preparing for life in Serie B rather than the Champions League.

The Partenopei were abysmal throughout the 1997/98 campaign, amassing just 14 points and winning only two matches in the league. A backline which included Ayala, who won 115 caps for Argentina before retiring from international duty in 2007, was breached on 76 occasions, while Napoli managed only 25 goals at the other end.

Una ricetta per il disastro, you might say. Or not.

Everyone knows about Dean’s incredible 60-goal haul in 1927/28, but few are aware that he was relegated to the Second Division just two years later.

In fairness to the striker, who netted 18 times in 16 outings for England, it was hardly his fault: Dean notched a highly respectable 23 goals in 25 games in 1929/30, but Everton finished bottom by a point.

Milan may have been through some tricky times in recent years, but at least they haven’t (yet) plumbed the depths of the early '80s. The Rossoneri were sent to Serie B as punishment for their involvement in the Totonero betting scandal at the turn of the decade, and were then relegated on the pitch a couple of years later having fought their way back to the top table.

Centre-back Baresi was just 22 when Milan’s second demotion was confirmed (even the fiery, future Rino Gattuso-bothering striker Joe Jordan couldn’t save them).

However, Baresi’s decision to stick with the club in the second tier cemented his position as a Milan legend and he became one of the greatest one-club men to have ever played the game. He eventually retired in 1997, aged 37.

You have to be pretty good at football to be Lionel Messi’s idol, but former River Plate, Valencia and Benfica star Aimar certainly passed that test. The attacking midfielder won six league titles and two continental gongs during his playing days, but couldn’t keep Zaragoza in La Liga in the 2007/08 campaign.

Los Manos racked up 42 points, which would have been enough to survive in the Premier League, Serie A, Ligue 1 and the Bundesliga that year, but had to wave goodbye to their top-flight status – as well as to Aimar, who hotfooted it to Benfica.

Ibra doesn’t exactly lack self-confidence, but even the cocksure Swede must have been humbled by Malmo’s relegation in 1999. That was the striker’s first campaign in the senior squad (in which he featured six times), but even a footballer of his prodigious natural talent couldn’t keep the Sky Blues’ heads above water.

Perhaps the relative lack of scrutiny in the second tier ultimately did the now-Manchester United man a favour: Ibrahimovic scored 12 times in 26 matches to help Malmo back into the big time. After all, he’s never been one for attention.

Bierhoff’s club career was something of a slow burner. The striker managed just 10 league goals in 73 games for three different German clubs, before finally announcing himself during a successful stint at Austria Salzburg in 1990/91.

Two steps back were necessary before the next one forward, however: Bierhoff joined Ascoli in 1991, but the Woodpeckers were relegated to Serie B in his first season at the club. The 6ft 3in frontman stayed put, though, and by 1998 had earned himself a move to Milan after three excellent years at Udinese. Well done that man.

Moving from Leeds to Atletico Madrid would be viewed as a major step up these days, but swapping Yorkshire for the Spanish capital didn’t turn out quite so well for Hasselbaink.

The Dutchman excelled, scoring exactly half of the Claudio Ranieri-led Colchoneros’ 48 goals in 1999/2000 – only one player in La Liga got more – but his team-mates’ steadfast refusal to chip in ultimately cost Atletico their place in La Liga.

The government-backed removal of club president Jesus Gil midway through the campaign wasn’t ideal, either.

The Tottenham man was involved in perhaps the most shocking relegation of all time, as Argentine giants River Plate inexplicably dropped out of the top tier in 2011.

Having made his first-team debut two years earlier, Lamela was a regular in his boyhood team’s starting XI when the unthinkable happened. Despite the fact that the Primera Division’s relegation rules were designed to protect the country’s biggest clubs from such sporting disasters, River somehow contrived to go down after losing a two-legged play-off to Belgrano.

They got back up at the first time of asking, but Lamela was sold to Roma for €14m before having to kick a ball in the second tier.