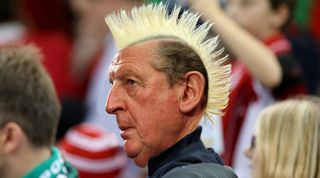 England qualified in disarray, with the press highly critical of their dismal record of 10 wins from 10. Neighbours Wales will be wrapping Gareth Bale in cotton wool, and trying to remember to make a hole big for him to breathe through.

Russia will hope to make people forget their sporting scandals by being so dull that everyone back home loses all interest in sport. Slovakia have won this tournament half a time, with Czechoslovakia in 1976.

English fans will be wondering if Wayne Rooney can replicate his domestic form, and desperately hoping he cannot. Arsenal’s Jamie Vardy will probably start, but Leicester City’s Jamie Vardy may have to settle for a place on the bench.

No other Welsh player is fit to lace Bale’s boots, which could prove a trip hazard for the Real Madrid man. Russian centre-back-cum-left-back Vasili Berezutski and his identical twin brother, left-back-cum-centre-back Aleksei Berezutski, will sometimes swap positions for a laugh. Slovakia’s Marek Hamsik has become a world-class midfielder despite swallowing a Van de Graaff generator as a small boy.

England’s Roy Hodgson has recently belied his reputation for conservatism by sporting a pierced septum and a bleached mohawk. Wales boss Chris Coleman will summon all his managerial nous and ingenuity and probably decide to pick Bale.

Ex-Russia manager Fabio Capello attempted to crowbar his players into a 4-1-4-1, which resulted in a number of crowbar injuries. His replacement, Leonid Slutsky, is having some no-strings fun with the national team while maintaining an open relationship with CSKA Moscow. Slovakia are led by the combustible Jan Kozak, who must be kept away from naked flames.

All 24 teams profiled, plus must-read features

Back of the Net experts’ tip

If you’re planning to sell items online, take pictures with your bathtub as a white backdrop for professional-looking results.