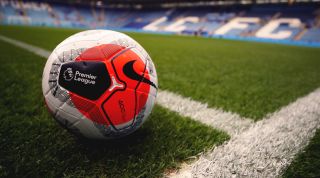 It's been a long, dreary slog for football fans over the past ten weeks. There have been bigger things to worry about, certainly, but a lack of football hasn't been easy. But that's all about to change.

Following the Bundesliga's return in May, other leagues around Europe have announced their own return dates. Here, we break it all down in chronological order, from La Liga to the FA Cup Final and into next season. Calendars at the ready...

Magnifico! Spanish football is the first of Europe's major leagues to re-start since the Bundesliga on May 16. La Liga kicks-off with a derby between Real Betis and Sevilla.

The Derbi Sevillano will start at 9pm (GMT) on Thursday June 11, and will be followed by a full weekend of fixtures. Other key games to look out for include another local derby between Valencia and city rivals Levante on June 12, league leader's Barcelona's trip to Mallorca on June 13 and Real Madrid at home against Eibar on Sunday June 14.

Splendid! England's top flight returns on Wednesday June 17 with two games: Manchester City versus Arsenal and Aston Villa versus Sheffield United. Kick-off times are yet to be announced. These four teams have a game in hand over the rest of the Premier League, hence the head-start.

The first full game week will start on Friday 19 June.

• HOW TO WATCH Premier League live streams: How to watch the first fixtures when football returns

June 20 - Serie A and Championship restart

Belissimo! Italian football makes its return on Saturday June 20 with two matches: Parma versus Torino at 6.30pm and Verona versus Cagliari at 8.45pm. Inter Milan, Atalanta, AC Milan and Juventus are all also in action across the weekend. The league will then continue playing games almost every day until the season's end.

The Championship is also set to re-start on Saturday June 20, according to organisers. Exact schedules aren't yet available with a number of clubs - including QPR and Charlton - unhappy about the decision to continue play. There's a chance this could yet be pushed back.

The FA Cup is next up with the competition at the quarterfinal stage. The FA have announced games will be played across the weekend, with some teams playing on Saturday 26 and the rest on Sunday 27 - who plays when is yet to be confirmed. The final eight looks like this:

The final four will be thrashed out between those that advance a few weeks later. Games are pencilled in for the weekend beginning Saturday, July 18.

The final round of fixtures of England's second tier begin on Tuesday, 21 July and continue on the Wednesday. Then there's the small matter of the play-offs...

Two months after it was originally due to end, the lockdown-affected Premier League  will finish on Saturday July 25. Exact kick-off times aren't yet known but we can assume, as ever, all games will start at the same time, so as to avoid any underhand tactics from those involved at the top and bottom.

Pencil this in for a socially-distanced drink in the park, Liverpool fans...

At last, England's premier cup competition will crown a winner in - this seems utterly mad - August. The game will still likely be played at Wembley Stadium, though fans aren't expected to be in attendance. It will be a very strange day for the old cup, indeed.

As one competition ends, another begins. Scottish football isn't due to continue this season, with organisers focused on the next campaign instead. As things stand, this, too, will take place on Saturday August 1.

The third and final new participant in next season's Premier League will be decided - most likely at an empty Wembley Stadium - probably on either August 2 or 3. For obvious reasons, those involved and the exact kick-off time have yet to be announced.

Remember these? It seems like a lifetime ago European football was even a consideration but UEFA have confirmed these will go ahead. How it will work is still a mystery but we can safely assume fans will still be unable to attend.

We are still at the last-16 stage, with several teams unable to complete their second leg back in March. This includes Manchester City's clash with Real Madrid and Chelsea's trip to Bayern Munich.

The final of the Europa League was all set for the Stadion Energa Gdansk in Poland. That's been shelved now: the remaining games will take part in Germany, with Cologne hosting the showpiece come August 21.

The champions of Europe will be crowned on August 29. The final had originally been scheduled for Istanbul but UEFA have moved that back to 2021. The quarter-finals onwards will all be one-legged ties held in Portugal.

While not yet officially confirmed, reports suggest the new season will get underway in England on September 12, not only in the Premier League but also the lower leagues. It is unlikely fans will be in attendance.