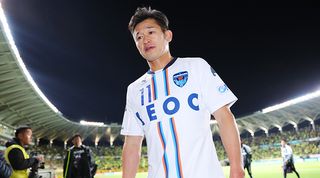 Miura, who began his professional career at Santos in 1986, scored one goal for Yokohama in 12 appearances last season and is likely to continue his role as a super sub heading into the 2018 campaign. That one goal broke his own record as the J-League's oldest scorer.

"I will always play my heart out and hope to continue to grow (as a player)," he told Kyodo News after signing his new deal.

The Japanese legend has been at Yokohama since 2005 and been capped 89 times by his country.