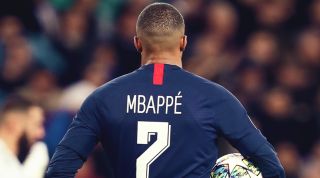 Ten minutes on the clock, 60 answers to guess - it's a mix of players and managers.

Ah, Paris Saint-Germain - the undisputed kings of the French game, the richest, most ambitious and marketable side in Europe. Today, PSG turn 50 years old.

For a relatively young football club, Les Parisiens have been at the forefront of fans' attention for the last few years, managing to capture the imagination and spectacularly combust on the big stage in equal measure. You probably know far more about this little club turned enterprise than you thought.

We've set 12 categories of five answers each - we're looking for the top fives and last fives of PSG, as they head into a clash against Atalanta in the Champions League tonight, looking to crown their half-century with a continental crown.

Whether you love them or hate them, there's no ignoring them. Allez Les Rouges Et Bleus - here's to another 50, lads.