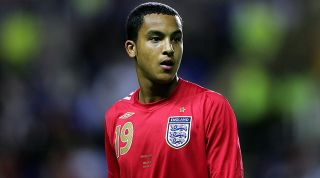 You have 10 minutes to guess 30 players.

THEN TRY Quiz! Can you name these 30 clubs' most capped England player?

Today marks 24 years since the start of Euro 96, the last major international tournament on English soil.

How football has changed since then. £10m on a Premier League player was seen as a lot of money. The Premier League had never been won by an overseas manager. Eric Cantona was considered the apex of cool.

Now, we have players turning out for England who weren't even alive when England's heroes dressed in grey made an entire country believe that maybe, just maybe, Terry Venables's men could end 30 years of hurt.

Well, it's 54 years and counting. Perhaps some of the more recent young Lions might be able to break the hoodoo.