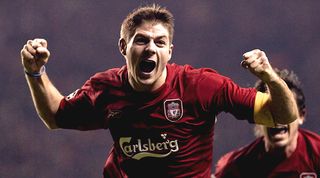 THEN TRY Quiz! Can you name every top scorer in Europe's top five leagues between 2000 and 2009?

The Premier League soared to a whole new level in the noughties.

Sure, the Golden Generation didn't deliver, but our top tier was still indisputably the best for miles around. Our clubs conquered Europe. Our players were the envy of the world.

The PFA Team of the Year represents that. Across ten years, some of the best footballers to have ever played the game made the PFA's designated side - and some absolute blasts from the past that you haven't thought of for over ten years now.