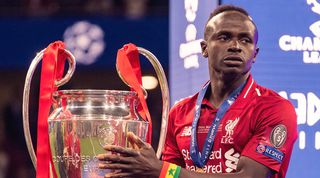 Five minutes on the clock, 21 clubs to guess - though Mané's netted against a few twice.

This is a Mané's world, as the song so very nearly says.

The Senegalese genius is 28 years young tomorrow and since arriving at Liverpool, he's put the willies up defences not just in England, but on the continent too.

In Liverpool's two runs to the Champions League final - the latter of which they won - Sadio was a key cog, scoring and assisting in some of the biggest games in the Reds' calendar.

Our question for you today is... who were they against? Obviously, some appear twice - so this should be a piece of cake, right?