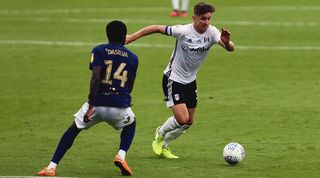 NOW TRY Quiz! Can you name the 25 Germans with the most Premier League appearances?

Fulham haven't long been in the Premier League - but Brentford are looking to become the 50th side to play in the top-flight since 1992.

One of the pair will join Leeds United and West Bromwich Albion in the big-time next season - two huge clubs who have a whole lot of history which extends long before the rebranding of England's top flight.

Back in the early 1900s, you had clubs like Darwen and Glossop competing in the top tier of English football. So we thought we'd be a little kinder and ask you to name as many clubs who have been in Division 1/the Premier League since 1945, as you can.

They're ordered by their last promotion. You should be able to name 20 at least...