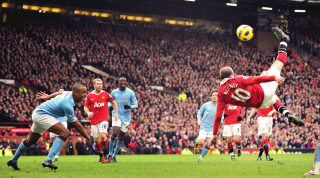 Nine minutes on the clock, 60 answers to guess.

NOW TRY Quiz! Can you name the top-scoring trios in Europe this season?

On this day in 1999, Manchester United famously overcame Juventus in Turin to reach the final of the Champions League.

For some clubs, that would be a defining match across decades, but such was United's supremacy during that era, the Juve game is just one of a plethora of incredible moments over their dynasty.

They're still one of the biggest clubs on Earth, so today, we want to test out how much you really know about the Red Devils. We've listed out some key categories, but how good's your United knowledge?