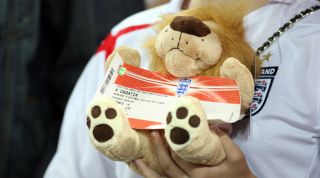 Unless we’re dreaming it, England and Croatia are meeting in Moscow to decide which side is going to take part in a World Cup final. This is not a drill, people.

The last time the two sides met was in a World Cup game of a different sort; a qualifier for Germany 2010. It was actually the second time in succession that the two sides had been paired up in a qualification campaign.

Steve McClaren’s England lost twice to Croatia as they failed to reach Euro 2008, yet Fabio Capello left his umbrella at home and faired better against Slaven Bilic’s side. A 4-1 win in Zagreb (Theo Walcott scoring a hat-trick) was followed by a 5-1 win at Wembley.

We’re going to suggest that Gareth Southgate would probably settle for a similar scorline on Wednesday. For now though, four minutes are on the clock to name the starting XI and the three subs used that day. Let us know how you do @FourFourTwo – and please challenge some friends while you’re at it as well.