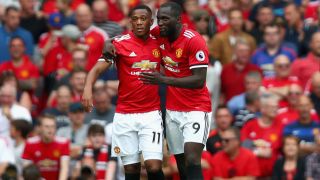 Mikael Silvestre warned former club Manchester United that travelling to Anfield to face Liverpool was like "going to hell".

Jose Mourinho's men visit Liverpool on Saturday looking to continue their fine start to the season, which has seen United win six of their opening seven Premier League games.

But Silvestre, who won five league titles and a Champions League with United, warned his former club to expect a huge test against Jurgen Klopp's side.

"You feel like you're going to hell. You are not welcome and you can feel the hate for sure," he told 888sport.

"It's a hostile environment and it's a good occasion to see how you react in adversity. It's the best place to win games."

"They are good players but hardly world class yet," he said.

"Over the course of the 90 minutes you would expect them to make some chances because they are talented but there is not one goal-machine from Salah, Firmino, Mane or Coutinho.

"They are missing that clinical player because at the end of the day it is this one you have to be worried about, the one you expect to finish 20-25 times a season.

"Liverpool doesn't have one yet. United are going to be tested but I think they can control these guys."