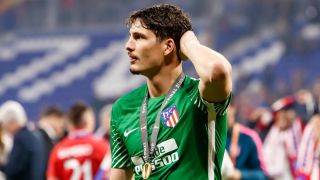 Atletico Madrid have announced goalkeeper Axel Werner will spend the 2018-19 season at Huesca on loan.

Werner made three appearances for Atletico last term, keeping two clean sheets, but will join up with Huesca for the club's maiden LaLiga campaign.