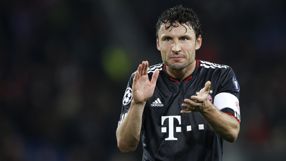 Van Bommel, who has recovered from a knee injury, took part in Wednesday's practice and could be back in the squad when eighth-placed Bayern host Eintracht Frankfurt in the Bundesliga on Saturday.

"Three days before the Frankfurt game, Mark is back training with the team," the club said.

The Dutchman had been out for six weeks after aggravating a knee injury on international duty.

Ribery is back in action while Badstuber, who has not played this season along with Klose and Robben, has returned to individual training.

They all are expected to be fit for the second round of the championship starting in January.

Bayern have 20 points from 13 games, 14 behind league leaders Borussia Dortmund. They have also advanced to the Champions League round of 16 despite a 3-2 defeat at AS Roma on Tuesday.