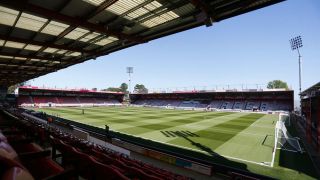 Bournemouth have paid £4.75million to settle a dispute with the English Football League over the club's financial results in the 2014-15 season before their Premier League promotion.

The EFL claimed that Bournemouth breached its Financial Fair Play rules at the time but the dispute was paused while those rules were subjected to a legal challenge by Queens Park Rangers.

With the matter having been settled, Premier League outfit Bournemouth are no longer accused of any attempt to infringe the rules or deceive the EFL.

A statement on Bournemouth's official website said: "All relevant matters were taken into account when determining the quantum of the settlement.

EFL and AFC Bournemouth reach agreement to settle dispute arising out of financial results of the club in 2014/15.July 5, 2018

"The agreed settlement of £4.75million is in full and final settlement of all and any claims by the EFL against the club and its officers, in respect of the FFP regulations for season 2014/15.

"No further details with regards to the settlement will be released."