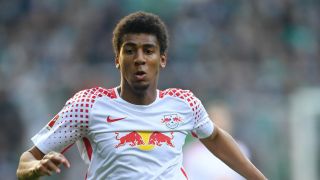 Brighton and Hove Albion completed the signing of RB Leipzig defender Bernardo for a reported fee of £9million.

The 23-year-old Brazilian made 49 appearances for Leipzig after leaving Red Bull Salzburg in 2016, representing the German side in the Champions League and Europa League last season.

He becomes the club's fourth signing ahead of the 2018-19 campaign with Chris Hughton already strengthening his hand with the arrivals of Jason Steele, Florin Andone and Leon Balogun.

"We're delighted to welcome Bernardo to the club," Hughton told the club's website.

The club’s newest signing insists that the Seagulls are a perfect fit!  Read  July 5, 2018

"He is a strong, committed defender who can play on the left or right, and so his versatility gives us good options at the back.

"For a young player he already has good experience, having played in the Bundesliga, the Champions League and the Europa League.

"He is a good character and speaks numerous languages, and I'm sure he will fit in well with the rest of the squad."