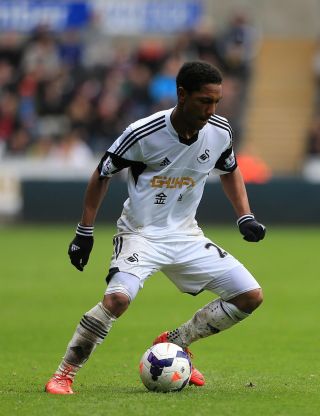 Makeshift forward John Brooks snatched a point for Wolfsburg with a late equaliser in a 1-1 draw against relegation-threatened Eintracht Frankfurt.

Frankfurt, who are 16th and just three points clear of the automatic relegation places, opened the scoring in the 76th minute through Jonathan De Guzman before centre-back Brooks slotted the ball home in the final minute.

Wout Weghorst had an early chance to take the lead after play was delayed while a number of plastic balls – thrown as part of continued protests against Monday night Bundesliga football – were collected from the pitch, but his effort was cleared off the line by the Frankfurt defence.

Frankfurt goalkeeper Kevin Trapp denied Weghorst again towards the end of the first half with a low diving save needed to prevent the Dutch striker scoring his 13th goal of the season.

Frankfurt broke the deadlock after a rebounded strike fell for De Guzman, who took a touch before slotting past Pavao Pervan.

A late gamble for Wolfsburg paid off with defender Brooks being used as a centre-forward, tapping into the empty net to level the scores in the 90th minute and boost his side’s Europa League qualification hopes.