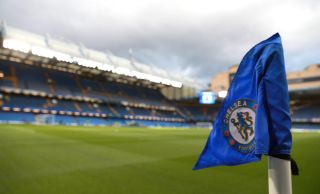 Chelsea have announced they will appeal to the Court of Arbitration for Sport after the club’s two-window transfer ban for signing underage players was broadly rejected by FIFA.

The Premier League club were given the sanction, which runs until July 2020, in February and were also fined £460,000 for 29 breaches of the rules on the international transfer of minors.

Denying any wrongdoing, Chelsea immediately lodged an appeal, with the case heard by FIFA’s appeal committee last month and the outcome announced on Wednesday.

In a statement, the world governing body said it had “partially upheld” the appeal but only in the sense that Chelsea will now be allowed to sign players aged under 16, providing they come from within the European Economic Area.

The ban on signing over-16s remains in place, as does the fine, although it does not apply to the futsal or women’s teams.

“With respect to all men’s teams, the ban on registering new players, both nationally and internationally for two registration periods, has been confirmed by the FIFA Appeal Committee,” it said.

Cross-border transfers of players aged under 18 are banned unless there are specific, non-football reasons for the player moving to the relevant country.

In response, Chelsea again protested their innocence and revealed they will be appealing again, this time to CAS.

A club statement read: “The club notes that the FIFA Appeal Committee has decided to partially uphold the appeal lodged by Chelsea FC against the decision of the FIFA Disciplinary Committee.

“However, the club is very disappointed that the transfer ban of two consecutive registration periods was not overturned.

“Chelsea FC categorically refutes the findings of the FIFA Appeal Committee. It acted in accordance with the relevant regulations and will appeal the decision to the Court of Arbitration for Sport.”

Sarri will speak to the media first here at Cobham. The boss starts by saying he has nothing to say about FIFA's ruling. There will be a statement released later today. #CHEFRA— Chelsea FC (@ChelseaFC) May 8, 2019

FIFA initially investigated more than 100 cases involving Chelsea, going back several years, but only charged the Blues with 92 breaches of article 19 – the rule prohibiting the registration of minors – and other charges related to the club having third-party influence over other club’s players.

Chelsea successfully defended themselves in 63 of these cases at a FIFA disciplinary committee but were found guilty of 29 illegal transfers.

The Stamford Bridge outfit were given 90 days to “regularise the situation of the minor players concerned”, while the Football Association was also fined £390,000 for letting Chelsea register these players.

Spanish clubs Atletico Madrid, Barcelona and Real Madrid have all been sanctioned for similar offences in the past.

Manchester City are understood to be the next leading club in FIFA’s cross hairs for a ban related to underage transfers.