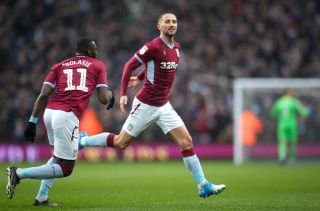 The 28-year-old midfielder has made over 100 appearances for the club since joining in 2017 and played a key role as they secured promotion back to the top flight via the play-offs in May.

“Aston Villa is delighted to announce Conor Hourihane has signed a contract extension ahead of the new Premier League season,” Villa announced on their official website.

✍️ We are delighted to announce that @ConorHourihane has put pen-to-paper on a new contract!— Aston Villa (@AVFCOfficial) July 13, 2019

“Hourihane has completed a remarkable rise as a player from League Two to the Premier League in just five years – competing in every EFL division along the way.”

The Republic of Ireland international progressed through Sunderland’s academy and switched to Ipswich in 2010, but failed to make a senior appearance for either club.

He went on to make over 100 appearances for both Plymouth and Barnsley before Villa signed him from the latter for an undisclosed fee in January 2017.

"I've always had challenges over my career. I've always risen to them. I can do so again."@ConorHourihane on stepping up for the #PL.https://t.co/ufAC7XzF4E#AVFCpic.twitter.com/wPmMGyK3jz— Aston Villa (@AVFCOfficial) July 13, 2019

Hourihane added: “I’m absolutely delighted. It’s exciting times for the club with us moving into the Premier League.

“I’ve waited all my career for the opportunity to play at this level and the time has now arrived.”