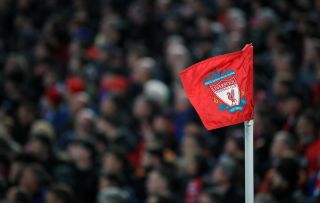 Liverpool Under-21s will face trips to Fleetwood, Oldham and Accrington Stanley in the group stages of the EFL Trophy.

Manchester United Under-21s are also the latest Category One Academy club to enter the tournament for the 2019/2020 campaign.

The Premier League top six from last season are now set to be fully represented in the competition for the first time.

Some 16 teams have been invited to join the 48 EFL clubs in Sky Bet League One and League Two. The groups are divided into northern and southern sections, which had been arranged to minimise travel both for the teams and supporters.

Manchester City were put into Northern Section Group F with Bradford, Bolton and Rochdale. Leicester are in Group A alongside Grimsby, Scunthorpe and Sunderland, last season’s runners-up.

Newcastle will be in Group D alongside Shrewsbury, Macclesfield and Port Vale, while Everton Under-21s are in Group E with Crewe, Burton and Mansfield. In Group G, Wolves will be up against Blackpool, Carlisle and Morecambe.

In the Southern Section, Tottenham Under-21s are in Group A along with Ipswich, Colchester and Gillingham.

Chelsea will be in Group F to play with Swindon, Bristol and Plymouth, while Arsenal are in Group H against Peterborough, Cambridge and Northampton.

Norwich, whose first team won the Championship last season, are in Group B with Crawley, Oxford and EFL Trophy holders Portsmouth.

In Group E, West Ham will play Exeter, Cheltenham and Newport, with Fulham in Group G against MK Dons, Wycombe and Stevenage.

Academy sides will play each of the other three teams in their group away from home, with the top two teams qualifying for the knockout stages, which remain on a regional basis until the quarter-finals.

The first ties will be played week commencing September 2.