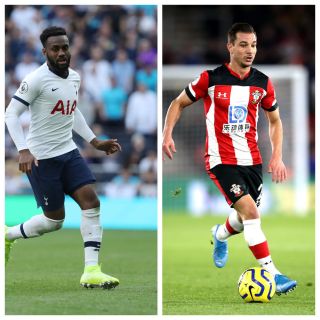 Newcastle have won the race to sign Tottenham full-back Danny Rose and will wrap up a loan deal to sign him on Thursday, according to the Daily Mail.

With Dries Mertens‘s contract expiring at the end of the season, the Napoli forward has emerged as a target for Chelsea, the Guardian says.

Richarlison: Everton are adamant that Richarlison is not for sale, despite a reported  £85million offer from Barcelona, and plan to build their team around the Brazilian, according to the Liverpool Echo.

Emre Can: Former Liverpool player Can is set to sign for Borussia Dortmund on Thursday, after agreeing to take a pay cut to leave Juventus, the Daily Mail reports.