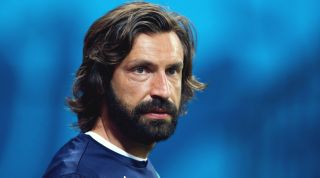 New Juventus boss Andrea Pirlo is planning wholesale changes at the club - including terminating the contracts of Gonzalo Higuain and Sami Khedira.

Higuain cost upwards of £70m after Juve swooped in to sign the striker from Napoli in 2016. After receiving £90m from Manchester United for Paul Pogba, the money was invested straight back into the Argentinian, making him their record signing at the time. Now, he's set to leave for free.

Plenty of clubs will be on alert for the 32-year-old, who struck 11 times in 10 goals last season. Likewise, World Cup winner Khedira has caught the attention of West Ham United, who could offer him a deal if he's available for free.

Pirlo may have precious little experience in the dugout, but that hasn't stopped him from stamping his authority in his new role at Juventus. With the Old Lady only winning the Scudetto ahead of Inter Milan by a point last season - before crashing out of Europe to an unfancied Lyon side - the midfield legend believes he needs to make big changes to revitalise his former side.

Pirlo is looking to improve the midfield at the Allianz Stadium, with Miralem Pjanic also leaving the club to move to Barcelona.

Arthur Melo is arriving in midfield from Camp Nou, but Pirlo is reportedly interested in Manuel Locatelli, a deep-lying playmaker in a similar mould to Pirlo himself. The former AC Milan midfielder has been highly-rated for a while, but is developing nicely a more mature footballer off the ball at Sassuolo. It's thought that long-term target, former player Paul Pogba, is off the list now, with agent Mino Raiola suggesting his client is set to sign a new deal at Old Trafford.

Lyon's Houssem Aouar remains on the radar for Juve too. The Frenchman is wanted by the likes of Arsenal and Manchester City but would favour a move to the Serie A champions.

Up front, Juve could be in for a loan for Moise Kean - who they sold to Everton last summer - while Alexandre Lacazette from Arsenal and Edin Dzeko from Roma remain targets.

Arsenal could be braced for another approach from Juventus for one of their stars, though - it's thought that I Bianconeri are interested in Hector Bellerin to improve the right-back position. Bellerin has struggled since returning to action from an ACL injury but a slower-paced league could well suit the Spaniard.

COMMENT Bayern Munich's near-perfect year: How the treble-winning side was assembled

The Gunners are close to letting 22-year-old Ainsley Maitland-Niles join Wolverhampton Wanderers for £20m, while Cedric Soares - the other option at right-back - hasn't featured much as yet. Arsenal would definitely be interested in a deal for Bellerin, though Juventus's offer of sending Daniele Rugani the other way isn't likely to satisfy the club, who are on the verge of completing a deal for Lille's Gabriel Magalhaes.

Arsenal could be offered Douglas Costa, Aaron Ramsey, Alex Sandro or Mattia De Sciglio instead. It's thought that Matthijs De Ligt, however, will not be leaving Juventus, despite interest from other clubs after an average first season away from Ajax.