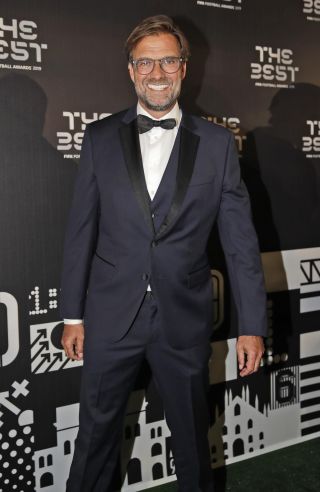 Liverpool boss Jurgen Klopp has been named men’s coach of the year at the Best FIFA awards in Milan.

Klopp guided his side to Champions League glory last season, while the Reds narrowly missed out on the Premier League title, being pipped by Manchester City.

The German claimed the award ahead of Tottenham boss Mauricio Pochettino, whose team Liverpool defeated in the Champions League final, and City’s Pep Guardiola.

“I have to say thank you to my outstanding club, Liverpool FC, to the owners, I have to say they gave me an incredible team, and I have to thank my team, because as a coach you only can be as good as your team is.

“I’m really proud of being the manager of such an incredible bunch of players.”

Klopp took the opportunity to reveal he had signed up to the Common Goal movement, in which members donate one per cent of their salary to a charity which funds organisations around the world that use football to tackle social issues.

He said: “I’m really proud and happy that I can announce that from today on I am a member of the Common Goal family.”

Having then received a round of applause, Klopp said: “A few people obviously know it – if not, Google it. It’s a great thing.”