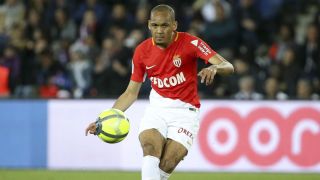 The 24-year-old was a reported target for the Red Devils ahead of the 2017-18 season after helping Monaco to a shock Ligue 1 title and the Champions Leagues semi-finals the campaign before.

However, a move to Old Trafford never materialised, despite Fabinho saying he would be interested in a switch, and Liverpool swooped for his services shortly after losing the Champions League final to Real Madrid.

Fabinho, who cost the Reds a reported £43.7million, concedes that discussions were held but that moving to United was never truly on the cards.

In an interview with FourFourTwo magazine, he said: "I was never close to signing for Manchester United, no.

"I heard things said about it, but the truth is it was never a strong possibility.

"I won't deny there were a few conversations about my situation with Monaco, but there was never an official offer from United."

Fabinho: The First DayNow available on our official channel 2 June 2018

Fabinho was on loan at Real Madrid from Rio Ave, featuring mainly for the club's Castilla side, during Jose Mourinho's time at the Santiago Bernabeu and made his Los Blancos debut off the bench under the Portuguese in May 2013.

But the 24-year-old had little doubt over where he wanted to play his football once Liverpool came calling.

"Yes, [it was] very easy. I was sad to leave Monaco, a club that gave me a lot of great moments, but in football sometimes you need new challenges and I thought it was time to move on," he added.

"As soon as Liverpool declared their interest in signing me, it was a simple decision to make.

"A club with Liverpool's history wants you? Come on, you just pack your bags and go. It will be an honour to wear the famous red shirt."