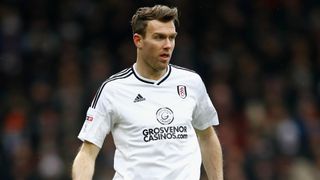 Fulham's encouraging preparation for their Premier League return has continued with a contract renewal for midfielder Kevin McDonald.

The Scotland international has inked a new two-year deal that takes him through to the end of the 2019-20 season, with an option to extend for a further 12 months.

His commitment caps a positive week for Fulham following the arrivals of goalkeeper Fabri and Germany forward Andre Schurrle.

"Obviously I'm delighted," McDonald told the club's official website. "I feel settled here, it's a great place to play, it's got everything needed for a Premier League club, and thankfully that's what we are.

"Hopefully we can kick on this season, it's been a great couple of years and - having extended my contract - I couldn’t be happier."