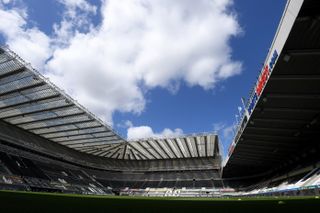 An MP who challenged the Saudi-led Newcastle takeover says he was “disturbed” by the number of supporters who appeared to be prepared to overlook the country’s appalling human rights record if it meant the deal going through.

The Saudi public investment fund and the other members of a consortium hoping to buy the club announced on Thursday they had withdrawn their offer for the Premier League side, blaming the “prolonged process” for their decision.

John Nicolson, a Scottish National Party MP who sits on the Digital, Culture, Media and Sport committee, has questioned DCMS secretary of state Oliver Dowden and Premier League chief executive Richard Masters about the deal at committee hearings in recent months, asking how it could possibly proceed given the country’s human rights record and its links to piracy which was harming the league’s business.

Watch my full line of questioning with Chief Executive of @premierleague Richard Masters on the Digital, Culture, Media and Sport Committee (@CommonsDCMS) here. I asked him about the proposed Saudi-backed Toon takeover and homophobia in football.https://t.co/fB2vEMQlUS— JOHN NICOLSON M.P. (@MrJohnNicolson) June 30, 2020

He said he received abuse on social media and was questioned over his allegiances, but found the most worrying aspect to be the willingness to turn a blind eye to human rights abuses.

“I was disturbed I have to say by the number of supporters who didn’t appear to care about the human rights issues, they only cared about their football club,” he told the PA news agency.

“I would write to a number of them, when I engaged with them, and ask, ‘what would you say to Mrs Khashoggi if you had to meet her? Is there no human rights abuse that, as far as you’re concerned, would disqualify someone from buying your club?’ And in a disturbing number of cases people wrote back saying, ‘no’. All they cared about was that he should buy the club and they should get rid of their existing owner.”

Nicolson was referring to Hatice Cengiz, the fiancee of Saudi journalist Jamal Khashoggi who was murdered at the Saudi embassy in Turkey in 2018.

Saudi Crown Prince Mohammed Bin Salman, the chairman of the public investment fund (PIF), has previously said in a TV interview that he takes “full responsibility” for the murder of Khashoggi, but denies allegations that he ordered the killing.

The PIF has been at pains to point out that the Crown Prince would have had no direct role in Newcastle, with the fund’s governor Yasir Al Rumayyan the man who would have become club chairman if the deal had gone through.

Nicolson said he was surprised that the Premier League had not shut the deal down sooner, given Saudi Arabia’s links to piracy and the league’s own struggle to seek legal redress against pirate network beoutQ through the Saudi courts.

Referring to his questioning of Masters at a committee hearing on June 30, Nicolson said: “You’ll have seen I pressed the witness repeatedly on that, and asked can you think of a single other example where state-sanctioned piracy had taken place and they had entertained the ruler of that country?

“I gave him three opportunities to answer the question and he evaded every time I asked him. Piracy is a huge problem for sport and Saudi Arabia is up to its neck in piracy so it should never have gone anywhere in terms of consideration.”

It is understood the key area of concern for the league was neither human rights abuses nor the issue of piracy, but instead the connection between the fund and the state.

Nicolson said he hoped the saga would prevent similar deals even being entertained in future.

“Going forward states should not be able to buy football clubs, which is effectively what we’ve seen here, especially rogue states like Saudi Arabia with its ghastly human rights record,” he said.

“Hopefully we will learn from this and never find ourselves in this position again.”