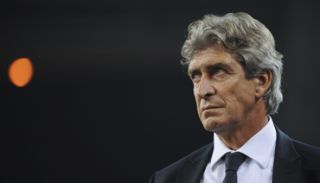 "It is going to be hard for me to leave Spain after nine years," Pellegrini told a news conference at the Nou Camp.

"It's a country that has treated me marvellously well. An important era of my life ends, and my future will surely take me to another country."

The 59-year-old Chilean has coached Villarreal, Real Madrid and Malaga in that time, and has been the favourite to take over at City since Roberto Mancini was sacked last month.

Pellegrini said last week he was going to leave Malaga after two-and-a-half years at the helm.

And on Wednesday he told a Spanish radio station he hoped a verbal agreement with City would turn into a firm offer.

"Now the league is over we will start from Monday to look forward and to see where my future lies," Pellegrini added on Saturday.

"When I reach an agreement I will tell you. I have an agreement to start conversations with Manchester City. Some rumours will be right, others won't, but I have kept my focus on Malaga until now."