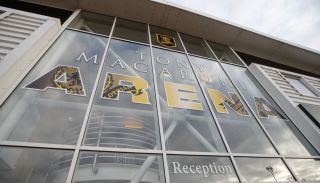 Rangers goalkeeper Robby McCrorie has returned to Livingston on a one-year loan deal, the West Lothian club have confirmed on their official website.

The Scotland Under-21 international featured eight times for the Lions last season before it was curtailed due to the coronavirus pandemic, after joining from Queen of the South where he had also been on loan.

McCrory is looking forward to making up for lost time. Speaking on Livi’s official Twitter account, he said: “I am really happy.

“I enjoyed my time a lot when I was here a few months back. I am just looking forward to getting started again.

“Obviously I played eight games and felt I was getting a feel for things. We had a lot of big games coming up and I enjoy playing in big games, it is testing yourself.

“For it come to an end so quick was disappointing but I was in a good place, I knew there was a lot of talks during the recent break about coming back here and it is done now and I am looking forward to this season.”

McCrorie, 22, signed a new contract at Rangers until 2023 last week.

In order to further aid his development, another loan spell at Livi was agreed and he has returned to the Tony Macaroni Arena although Steven Gerrard has the option to bring him back in January.

McCrorie has also previously had loan spells at Berwick and Morton.