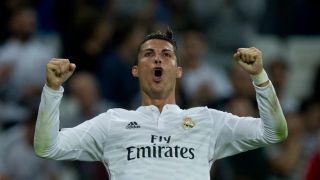 Real Madrid have edged Barcelona to be ranked as world football's most valuable team for a fourth consecutive year, while Arsenal have climbed into the top five.

Business publication Forbes have released their 13th annual list, with Champions League finalists Madrid now judged to be worth $3.65 billion, an increase on their $3.26bn from last year's list.

Barcelona are not far behind, with their value $3.56bn, while Premier League side Manchester United remain third on $3.32bn.

German champions Bayern Munich stay fourth with their worth now up to £2.68bn, while Arsenal have jumped from seventh to fifth after their value surged from $1.31bn up to $2.02bn over the last year.

Real Madrid's standing as football's most valuable team places them second in the sporting world, with only NFL team the Dallas Cowboys ($4bn) rated higher.