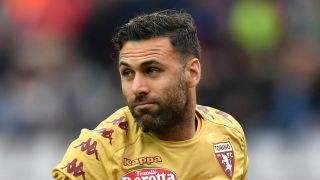 Having returned to Italian football after a spell at Paris Saint-Germain, he has become an integral part of Walter Mazzarri's plans.

Sirigu's performances at domestic level led to a recall for Italy under new boss Roberto Mancini, and he started in the 3-1 friendly loss to France in June.