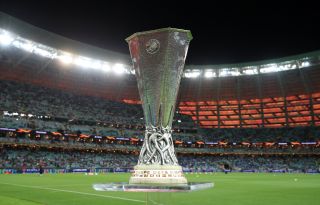 Tottenham have been drawn away to Lokomotiv Plovdiv in the second qualifying round of the Europa League.

The north London club have never played the Bulgarian outfit, who overcame Iskra Danilovgrad of Montenegro in the previous round.

Rangers, meanwhile, are away to Lincoln Red Imps.

🏆 🇧🇬 We have been drawn away to Lokomotiv Plovdiv in the second round of @EuropaLeague qualifying.— Tottenham Hotspur (@SpursOfficial) August 31, 2020

The Gibraltarian side beat Celtic 1-0 in Brendan Rodgers’ first match in charge in July 2016.

However, the Hoops went on to win the second leg of the Champions League second qualifying round tie 3-0 and progress.

The away theme for British teams continues, with Aberdeen travelling to  Norway’s Viking.

Motherwell have been drawn against Northern Ireland’s Coleraine, and go into the match on the back of a 5-1 win over Glentoran in the first qualifying round.

Coleraine’s first-round win over Maribor ensured Well edged into the seeded half of the draw.

Coleraine manager Oran Kearney is no stranger to Scottish football, having previously been at the helm at St Mirren.

The Serie A club will have to travel to Dublin for the behind-doors clash.

🇮🇹 | We have been drawn to play AC Milan at home in the @EuropaLeague 2nd Qualifying Round. #RoversInEuropepic.twitter.com/AUXEibNyhD— Shamrock Rovers FC ☘️ (@ShamrockRovers) August 31, 2020

Rovers qualified for the second round with a penalty shoot-out win over Finland’s Ilves Tampere last week.

The New Saints of the Cymru Premier, meanwhile, travel to Faroese side B36 Torshavn.

All the ties will be single-legged affairs, and are expected to take place on September 17.