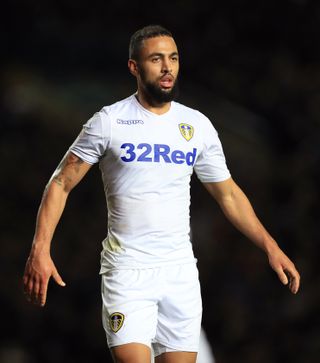 Steven Gerrard has bagged one of his key summer targets after Rangers completed a deal for former Leeds and Anderlecht striker Kemar Roofe.

The 27-year-old has signed a four-year contract after Rangers paid an undisclosed fee to the Belgian club.

Rangers sporting director Ross Wilson told the club’s official website: “Kemar was a primary target going in to this transfer window and we are absolutely delighted that he has chosen to join Rangers.

“He is a player that has been admired for some time by Steven and the staff and we are all very excited about what he can add to our team.”

🆕 #RangersFC are delighted to confirm Kemar Roofe has joined the club on a four year deal for an undisclosed fee.— Rangers Football Club (@RangersFC) August 4, 2020

Roofe came through the ranks at West Brom but made his breakthrough at Oxford, netting 26 goals in his only full season there before joining Leeds in a £3million deal in the summer of 2016.

The Walsall-born attacker hit 32 goals in three seasons at Elland Road before moving to Anderlecht last summer for a reported £7million fee.

Roofe, who hit seven goals in 16 games in Belgium, said: “Rangers are a huge club, with ambition and I know this is the right fit for me to progress my career.

“I am looking forward to experiencing Ibrox and am excited to play in Europe.”

One of these at Ibrox please, @roofe! pic.twitter.com/yqmoLbfwEP— Rangers Football Club (@RangersFC) August 4, 2020

Gerrard had been looking for a striker after the departure of Florian Kamberi, while Jermain Defoe missed the start of the season with a hamstring injury and Alfredo Morelos has been the subject of interest from Lille.

The Rangers boss said: “Kemar is recognised throughout Europe as an intelligent attacker with an eye for goal. I look forward to working with him and recognise his potential to further progress our starting XI.

“He has experienced the pressure and expectation at Leeds United and has played on the continent which will stand him in good stead for his time at Ibrox.”