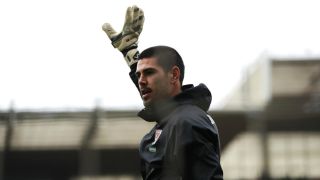 Middlesbrough have announced Victor Valdes will leave the club at the end of June following their relegation to the Championship.

The 35-year-old joined Middlesbrough on a free transfer at the start of the season after being released by Manchester United, but could not prevent them from dropping down after just one year of Premier League football.

Valdes' existing deal ran until 2017, but both parties have now agreed the former Barcelona goalkeeper will leave next month.

"Goalkeeper Victor Valdes will officially leave the club at the end of June," a statement on the club's official website read.

"Valdes’ contract has been terminated by mutual consent.

"The 35-year-old made 28 appearances for the club, following his arrival last summer before sitting out the final seven games of the Premier League season due to a rib injury."

Goalkeeper will leave this summer.Here's the full story  May 24, 2017