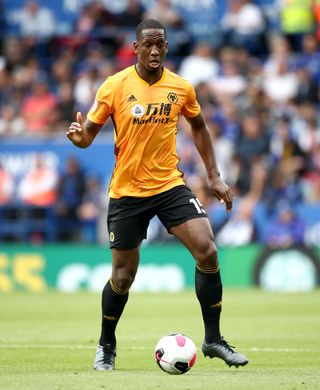 Wolves defender Willy Boly has been ruled out until next year after surgery on his fractured leg.

The 28-year-old had an operation on Wednesday morning, the club have confirmed.

Boly suffered the fracture in training on Saturday and, while it is not season-ending, he is expected to be out for months.

Head of medical Phil Hayward told the club’s official site: “Willy had surgery in London this morning to repair the bone with a small metal plate and screws.

“The procedure went as planned with no complications and he will now return to Compton to begin the early stages of his rehabilitation.

“Willy will be in a boot for the first six weeks, working hard to maintain fitness and muscle bulk in the leg before progressing to more functional activities.

“In terms of time scales, a lot depends on how he progresses in the first few weeks and how well the fracture heals.”

Boly had played in 16 of Wolves’ 20 games this term, scoring a late winner in their 1-0 Europa League victory at Besiktas earlier this month.

He joined the club from Porto, initially on loan, in 2017 before completing a £10million permanent switch last summer.